The boys had fall break and no school all last week. We barbequed at Kipuka Puaulu in Volcano National Park one evening with friends. It's a bird sanctuary (that's NOT what we barbequed!) and here's a resident. 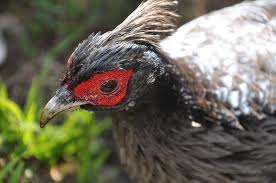 Abraham and Solomon put in some hours working on the house, too. We'll move in at the end of October if we pass final electrical and plumbing inspections. The house won't be completely finished like we wanted, but we're really ready to get out of the rental house. Here's evidence of Robert's hard work. He has more just like this. 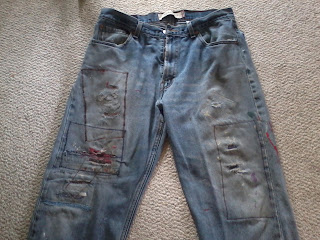 We watched the LDS General Conference this weekend. I haven't listened to the whole thing yet but I really liked Jeffrey Holland's remarks at this morning's session. Abraham re-created what looks like the Bern, Switzerland temple featuring Shaquille O'Neal as the Angel Moroni. I like to think both Shaq and Moroni are good with that. 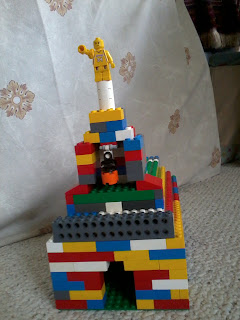 In the afternoon we went to the "beach" (I use that term loosely) at the end of our street. Exploring the tide pools is one of our favorite Sunday afternoon activities. It was low tide when we were there today and sea turtles were in feeding on the seaweed. I love the sound of the waves crashing on the rocks and the sense of being at the edge of the world. All in all, a tranquil and rejuvenating day. 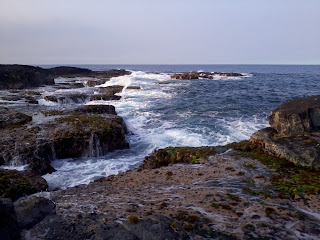 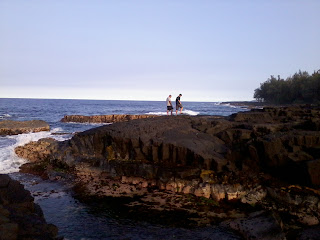