We had family over for Easter dinner: my sister, Melody, and Robert's aunties, Aina and Francis. It's always so much fun to get together.
I hope I've bragged in previous blog posts about how great Abraham is doing in home school. We decided to study oceanography so we can justify snorkeling as an academic activity. Here he is doing an experiment on the density of salt water vs fresh water. 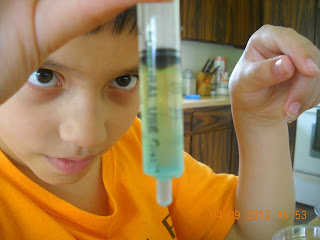 This week is the Merrie Monarch Festival. The festival honors King David Kalakaua. Early missionaries had tried to suppress Hawaiian language, mele (song), and hula. King Kalakaua was instrumental in preserving these traditions and skills. It earned him the nickname of Merry Monarch. Here's a kapuna hula we saw today. It's funny that people think wearing black is sophisticated. Can't they see that everybody looks better when wearing fresh flowers? 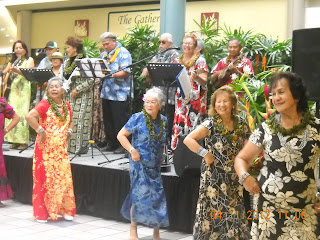 Here are some Hawaiian war clubs. Do NOT mess with guys carrying these! 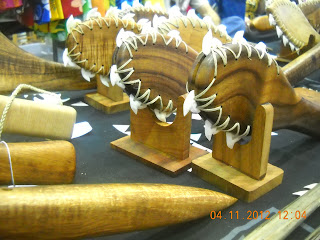